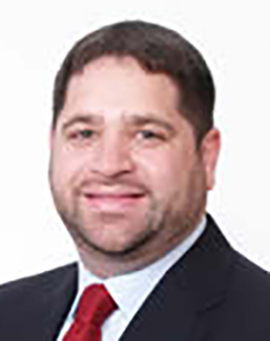 My goal is to provide comprehensive care with a focus on individualized and personalized medicine to allow for the best possible outcomes to the patient and their family.

Main Line Gastroenterology Associates
View all providers within this practice

About Adam B. Kaufman, MD

Dr. Kaufman grew up in the Philadelphia area and attended Lower Moreland High School. He received a Bachelor of Arts Degree from Duke University in 2001. He graduated from Jefferson Medical College in Philadelphia in 2006 and completed his residency in Internal Medicine at Thomas Jefferson University Hospital in 2009.

Dr. Kaufman completed a three year fellowship in Gastroenterology at the University of Chicago in 2012, with a focus on inflammatory bowel disease (IBD), including Crohn's disease and ulcerative colitis. While at the University of Chicago, Dr. Kaufman trained with internationally recognized leaders in the field, served as Chief Fellow and has twice been a nominated attendee of Advancing IBD through Mentoring. Dr. Kaufman is published in the area of inflammatory bowel disease and has presented at national research conferences and community organizations. He is board certified in Internal Medicine and Gastroenterology. He is a member of multiple national societies and devotes time to the local chapter of the Crohn's & Colitis Foundation of America (CCFA) as the Co-chair of the medical advisory committee.

Dr. Kaufman's practice specialties include inflammatory bowel disease (Crohn's disease and ulcerative colitis), as well as general gastroenterology and endoscopy/colonoscopy with the added skill of chromoendoscopy, when indicated.