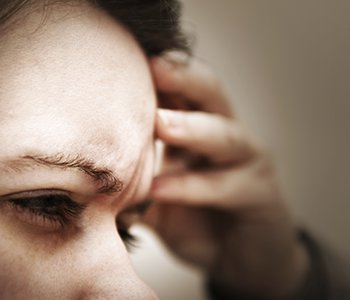 It was 2009 when Toni Martinelli first found out about her aneurysm.

For awhile, she had been experiencing a lot of headaches, but nothing that struck her as out of the ordinary.

“I got migraines all the time,” she says.

It wasn’t until she got home from work one day that she knew something was wrong.

“I was driving home from work and, once I arrived, I couldn’t remember how I had gotten there,” she recalls.

Concerned, her doctor directed her straight to the emergency room at Bryn Mawr Hospital, where she underwent a variety of tests, including a magnetic resonance angiogram (MRA). Used to detect blood vessels that may be restricting blood flow, MRA scans can provide information that can’t be obtained from an x-ray, ultrasound, or CT scan. Toni’s MRA scan results showed a brain aneurysm that measured 3.2 centimeters.

Because Toni’s aneurysm was so small, it was not at risk for causing serious problems. Her doctor sent her home, with instructions to keep an eye out for any symptoms and to make regular appointments every six months. For the next three years, Toni traveled back and forth from downtown Philadelphia for regular testing and appointments with her neurologist.

“I understood having to go down there, but it’s a lot of traveling,” she said. “It was overwhelming for me, as a patient, and I didn’t always have the time to travel there and back, and have an appointment in the middle of it all.”

So, when Main Line Health opened its Neurovascular Center at Bryn Mawr Hospital in 2012, Toni, a Main Line Health employee for over 30 years, was thrilled. She made an appointment with the Center’s neurosurgeon,Dr. Grahame Gould. During her first visit, Dr. Gould told Toni that it was time to operate on her aneurysm, which had grown since her initial visit to the emergency department. Despite a daunting diagnosis, she trusted him.

“Dr. Gould was so up front,” she recalls. “I told him ‘I’m putting my brain in your hands’ and I trusted him. He promised to treat me like he would his own mother.”

In November 2012, Toni underwent a coiling embolectomy. After only 48 hours spent recovering at Bryn Mawr, she was up and walking around, ready to return home. Dr. Gould, initially wary about sending Toni home, saw the progress she had made and approved her discharge.

Toni spent the next nine weeks at home recovering from her procedure. The first few weeks, she says, were tough.

“I was tired and bruised; I knew what was going on but cognitively, I was slow,” she says.

Then, one day in December, she experienced what she calls a “zip of energy” that was more than she had felt in a year. Back on her feet, she was walking around the house and completing tasks she hadn’t been able to after her surgery. This feeling, explained Dr. Gould, was the result of increased blood flow to the brain, which had long been impeded by her aneurysm.

Now, five months after her surgery, Toni is doing well. She continues to see Dr. Gould for regular test and monitoring of her health, but says it’s easier to make appointments now that she isn’t traveling far.

“Bryn Mawr offers the same procedures that all of the downtown health centers have, but it’s closer and it’s better,” she says. “There isn’t anyone like Dr. Gould around here.”