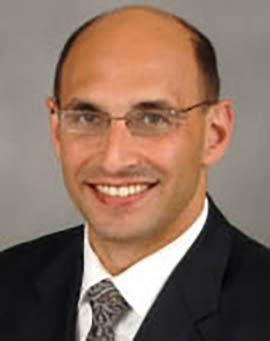 My goal with every patient is to provide personal, compassionate, and state-of-the-art surgical care. First and foremost, this involves listening to patient's and their family's concerns and questions. I spend as much time as I can ensuring patients understand the operation, alternatives, and risks. Ultimately, a doctor is a teacher, and I try to teach my patients and their families about their condition in an open, friendly, and compassionate manner. I also try to ensure patients have timely access and communication via email, phone, telehealth, or face-to-face visits.

Trauma Surgery
View all providers within this practice

Dr. Beekley is a Distinguished Graduate of the United States Military Academy and earned is Medical Degree at Case Western Reserve University School of Medicine on an Army Health Professions Scholarship. He completed his General Surgery residency on active duty in the U.S. Army at Madigan Army Medical Center.

Dr. Beekley's career has featured 3 deployments (19 months) to combat zones in Afghanistan and Iraq in support of Operations Enduring and Iraqi Freedom where he earned numerous awards including a Bronze Star. He has also been performing minimally invasive bariatric and general surgery his entire career, both in and out of the Army. He left the Army in 2010 and has been an Associate Professor of Surgery at Thomas Jefferson University since that time.

He has written, edited, and published both articles and books in the fields of trauma, general, and bariatric surgery and has been invited to speak at national and international forums.