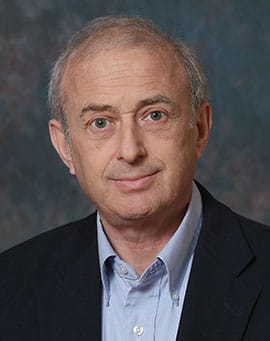 All our patients are provided my home and cell numbers for urgent or emergent issues.

In the Diabetes Realm, the main focus of my practice , our primary goal is to achieve excellent glycemic control in order to reduce complication risks, but without hypoglycemia or weight gain ; in fact, we aim for weight loss. I write and publish on my processes of care, often well ahead of others in the field. As the condition can affect the whole body, we try to care for the whole patient, yet understand our limitations and refer as needed.

233 East Lancaster Avenue, Suite 305
Ardmore, PA 19003
Our apologies. This feature is currently not available for this location.
Please call 610.642.6800 to speak directly with the doctor's office to make the next available appointment.

Dr. Schwartz actively lectures nationally, and internationally, about diabetes and its treatment. In the past 4 years he has been a speaker in Turks/Caicos, Istanbul, Switzerland , Belgium, Tunisia ,Spain , 11 cities in China, Phillipines (AACE), Israel, and Singapore . He has authored numerous articles in peer-reviewed scientific journals and has been a lead or co-investigator for many clinical trials (DCCT-EDIC, LOOK AHEAD). He has created a call for a New Classification for All Diabetes and presented it in Jerusalem, at ADA 2014 and ADA/JDRF symposium 2015 and published in Diabetes Care, Feb. 2016.

Since leaving Penn, he has received a grant from the NIH for studying the Genes related to LADA (with 2 articles published), written 3 book chapters, had posters at AACE, ADA and EASD ), has had 16 peer-reviewed article’s published (Incretins in Hospital, Hypoglycemia, a critique of ADA DM guideline , Incretins in NODAT , Weight Reduction in DM, and the Incretin story). He is an author of the Self-Assessment Program of the American Diabetes Assoc (2007 and 2008) , the 2009/2010 AACE Diabetes Guidelines, and slide modules for primary care for AACE, 2011,2013, and 2015, and Diabetes in Control 2013-2016 . He is a member or fellow of multiple international, national, and local professional societies including an Overseas Fellow of the Royal Society of Medicine (London), European Association for the Study of Diabetes (EASD), the American Diabetes Association (ADA), and the College of Physicians in Philadelphia. He’s been elected by his peers for inclusion in Best Doctors in America® from 1996 to 2015. Though he does some research and teaches a great deal, most of his time is spent caring for patients .