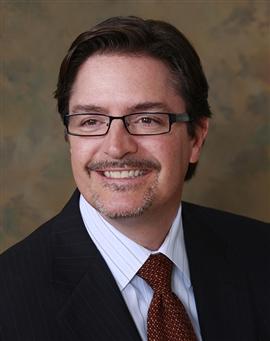 Main Line Radiation Oncology
View all providers within this practice

Albert S. DeNittis MD, MS, joined Main Line Health in 2002. He obtained his Master's degree in cellular and developmental biology at Rutgers University. Dr. DeNittis earned his medical degree from Rutgers-Robert Wood Johnson Medical School and completed his residency training in radiation oncology at the Hospital of the University of Pennsylvania.

The Radiation Oncology department at Lankenau Medical Center has been at the forefront of technological innovations, including the state-of-the-art linear accelerator, TrueBeam STx®. This advanced technology utilizing stereotactic body radiotherapy (SBRT) and volumetric modulated arc therapy (VMAT), allows for treatment to be completed in just three to five days.

Dr. DeNittis serves on several national committees through NRG Oncology (nrgoncology.org). He also serves on the National Cancer Institute Community Oncology Research Program (NCORP) steering, cancer prevention and control, and membership committees. In 2017, he was elected to the anal/rectal task force of the National Cancer Institute (NCI). He is responsible for clinical trial development nationally. His efforts have led to an extensive list of publications, and more than 100 presentations at national meetings. He has coauthored many book chapters, four of which have appeared in Principles and Practice of Radiation Oncology, the specialty's premier textbook.

Though his achievements, he has earned the title of clinical professor at Lankenau Institute for Medical Research and membership in Thomas Jefferson University Cancer Center. He is a fellow of the College of Physicians of Philadelphia, has been listed as a Top Doc in Philadelphia magazine for several years.

Dr. DeNittis is a Philadelphia Eagles’ season ticket-holder and loves to spend time at the Jersey shore.